Cover crops – when to plant them?

In a series of publications, we will talk about the practical experience of Boris Koev – good practices, difficulties he faces and mistakes that can be avoided

When is the best time to sow cover crops? This is one of the frequently asked questions to the young specialist Boris Koev, who has been experimenting with roof crops for several years, using different mixes with different production technologies. This is the first article in the section on cover crops together with Agri.BG is dedicated to. In a series of publications, we will talk about Boris’s practical experience – good practices, difficulties he faces, and mistakes that can be avoided in growing cover crops.

It is difficult to give an unambiguous answer to the question of when is the best time to plant cover crops.

If possible, they should be planted with sufficient moisture in the soil and necessarily according to the weeding of the field.

With a longer drought, typical of the summer months, it is very likely that the cover crops will develop too quickly and lead to rapid insemination. This can allow weeds to develop into seed maturity, as in summer, due to high temperatures and low humidity, insemination occurs much faster. Additional weeding of the field is possible. Usually, there are such consequences when sowing, immediately after the autumn harvest or until the beginning of August. During this period, the risk of the cover crop failing to develop well due to subsequent prolonged drought is highest. What does this lead to? In case the cover crops sprout together with a serious weed background, this would require early termination – significantly earlier than desired. In this case, the cover crops will do some work – legumes will do nitrogen fixation, cruciferous will help the chemical properties of the soil and especially the soil reaction, but will not achieve the maximum desired effect.

A specific example from practice: In the 2020 season, sowing is carried out immediately after harvest in the presence of moisture. Roof crops manage to „catch“ moisture and germinate very quickly. Due to the prolonged drought, cover crops grow rapidly in August and are already beginning to form seeds.

To sow earlier, the farmer must make sure that his field is as free of weeds as possible!

Early sowing is recommended in relatively humid summers. It is necessary to have favourable climatic conditions and weed-free fields. Spring crops such as white mustard, crotolaria, spring peas, annual clover, turnips and others are suitable. They are more adaptable in summer conditions to high temperatures and reduced soil moisture.

In this case, it is appropriate to use a combination of wintering and spring cover crops. Then the risk of insemination is much lower as temperatures drop. Spring crops often enter the flowering phase but do not actually form grain in the fall.

A concrete example of optimal sowing in the 2020 season: Farms that managed to take advantage of the rainfall at the end of August and sow then have uniform germination and relatively good development of cover crops. Late sowing and germination – after September 20

If there is a long dry summer and we choose late sowing, we must rely on cold-resistant cover crops – rye, oats, vetch, coriander, triticale, winter and spring peas, and turnips.

In the 2020 season sowing and germination in the first week of October. They are sown on October 1 in the presence of residual moisture. On October 3, it rains, which allows the crops to be arranged evenly and to develop relatively well. Frost-resistant, as well as overwintering crops, are sown. Frost-resistant ones freeze in winter, and winter-hardy ones produce large amounts of biomass in spring. 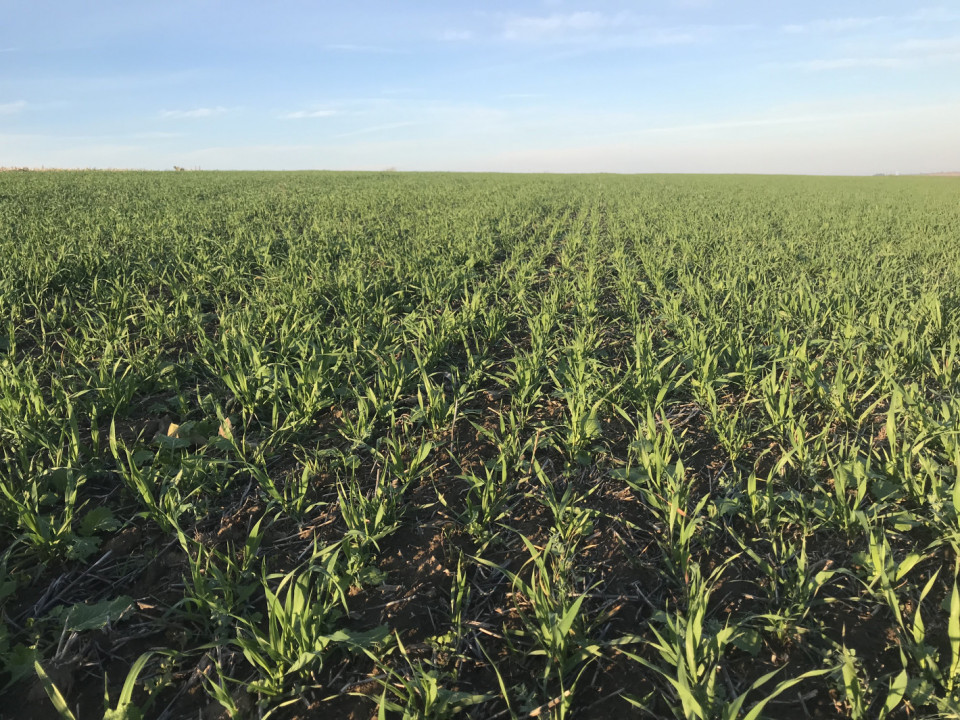 Read the whole article in agri.bg